Nothing Says 'America' Like Downing 70 Hot Dogs In One Sitting 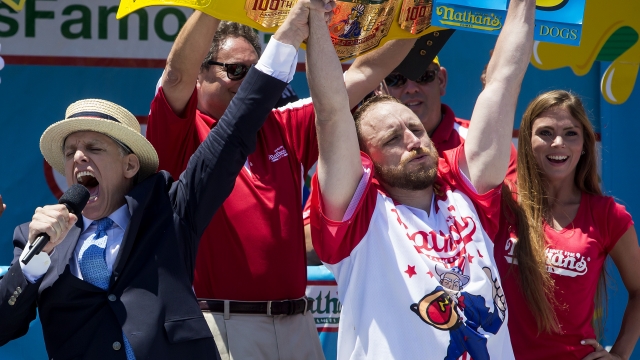 Joey Chestnut was crowned the winner this year, making him a nine-time champion. In the women's division, Miki Sudo took home the title after eating 38 1/2 hot dogs and buns before time was up.

This year marks the 100th anniversary of the competition. Nathan's says legend has it the contest started in 1916 when four people had a dispute at a Nathan's Famous stand in Coney Island over who was the most patriotic. Their solution? Eat a bunch of hot dogs to find out.

Even though the second-place winner got just $5,000, it's certainly more than most of us are compensated to chow down on the Fourth of July.