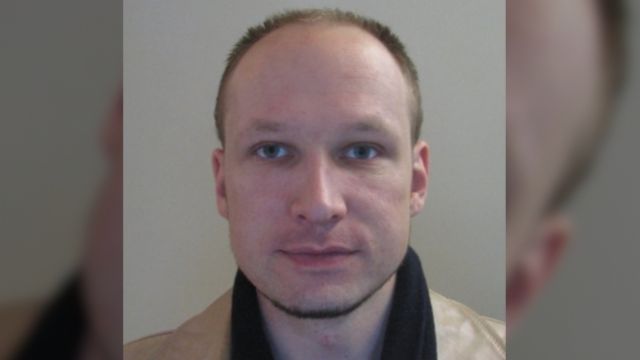 The right-wing extremist set off a car bomb and gunned down dozens of people. He was convicted of terrorism and premeditated murder and was given the country’s maximum sentence of 21 years in prison.

Breivik has been held in a prison The New York Times describes as "luxurious by American incarceration standards." Though he spends nearly all hours alone, he has access to three rooms, can watch TV, play video games and has access to health care and fresh air.

Despite his "luxurious" prison dwellings, Breivik sued the state claiming he was being treated inhumanely. His lawyers argued long-term isolation was a risk to his mental health. On Wednesday, a court agreed.

The judge ruled the prison violated Article 3 of the European Convention on Human Rights, which bans "inhuman or degrading treatment or punishment."

She ordered the government to reduce the extent of his solitary confinement conditions and to pay for his legal representation in the case.

According to the BBC, a state lawyer said, "The government was surprised by the verdict but had not decided whether to appeal." It has four weeks to appeal the ruling before the new court-order goes into effect.

This video includes clips from Channel 4, CNN, NRK and images from Getty Images.