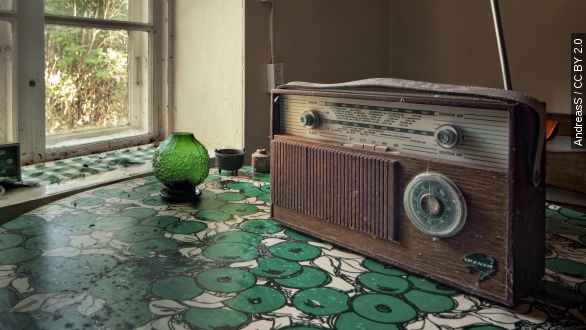 SMS
Norway Switching Off National FM Radio In 2017
By Mikah Sargent
By Mikah Sargent
April 20, 2015
In 2017, Norway will become the first country to switch off FM radio and make the switch to digital audio broadcasting.
SHOW TRANSCRIPT

Norway is getting rid of FM radio.

In January 2017, Norway will shut off national FM radio in the country and transition to digital audio broadcast, or DAB.

According to Radio.no, the decision is an historical one, as Norway will become the first country to turn off all its national analogue radio stations.

"Whereas the FM system only had space for five national channels, DAB already offers 22, and there is capacity for almost 20 more. In addition, more than half the population already has access to localradio on DAB," said Norway Minister of Culture Thorhild Widvey.

There could also be considerable cost savings. According to the announcement, it costs eight times more to transmit FM radio than it does DAB.

That’s more than 200 million Norwegian Kroner, or nearly $25.5 million U.S. dollars in savings each year. Norway says it hopes this money will be used to improve radio content.

According to WorldDMB, a group that promotes adoption of DAB, there are 21 countries regularly broadcasting digital radio and 18 more giving it a try.

Of note, the U.S. doesn’t make the list of countries with regular DAB services or trials. That’s likely because HD Radio technology has increased in popularity in the U.S. The system uses traditional radio frequencies to transmit digital signals. (Video via YouTube / HD Radio)

Norway will begin shutting off FM networks in January 2017 in Nordland, moving region by region before ending in Finnmark in December.

This video includes images from Les Haines / CC BY 2.0, frammfoto / CC BY 2.0, Thomas Haugersveen / Statsministerens kontor, and AndreasS / CC BY 2.0 and music from Brenticus / CC BY 3.0.