Norway Is The First Country To Ban Deforestation 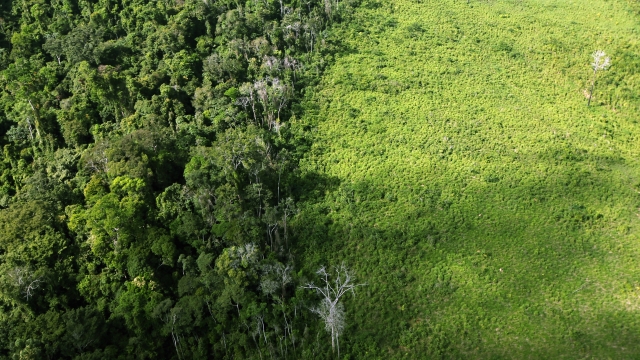 SMS
Norway Is The First Country To Ban Deforestation
By Ryan Biek
By Ryan Biek
June 8, 2016
The government is making sure the goods it purchases don't hurt rain forests.
SHOW TRANSCRIPT

Norway has become the first country to ban deforestation, with its eye set on rain forests.

Now, you may have noticed Norway itself doesn't have much in the way of rain forests, but its Parliament has promised to make sure the goods it purchases don't contribute to their deforestation.

A spokesperson for Rainforest Foundation Norway said in recent years many private companies have made similar commitments, but this is the first time a government has done that.

Palm oil, soy, beef and wood are some of the products that push deforestation the most. One study has shown that between 2000 and 2012, commercial agriculture was responsible for 71 percent of tropical deforestation.

Norway may have become one of the leaders of forest conservation because roughly a century ago, it was on the brink of losing its own woodlands.

In 1919, it actually became the first country in the world to assess the condition of its forests, and the BBC reports now the country has "triple the amount of standing wood in forests than it had 100 years ago."

Even though this supply-chain commitment may be new for Norway, in the past the country has actually offered money to Brazil and Liberia in return for curbing their deforestion.

Besides taking carbon dioxide out of the atmosphere and controlling regional climates, rain forests and their wildlife hold the potential for medical discoveries.

This video includes clips from Rainforest Foundation Norway, The Guardian, PBS / The Economist, BBC and National Geographic and images from Getty Images, Adrian Thomassen / CC BY 3.0 and Skatval Heradsstyre.