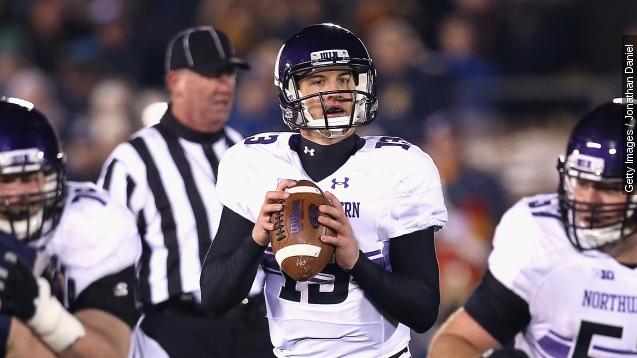 SMS
Northwestern Football Players Can't Unionize After All
By Ryan Biek
By Ryan Biek
August 17, 2015
After the previous decision was overturned, the Northwestern football team will not be allowed to form a union to bargain with the university.
SHOW TRANSCRIPT

The National Labor Relations Board has unanimously ruled Northwestern University football players do not have the right to form a union.

This overturns the board's own decision in March 2014, deeming the athletes employees of the university and giving them bargaining rights.

The College Athletes Players Association, which petitioned for the players, argued for guaranteed medical coverage, an educational trust fund and compensation for commercial sponsorships players could receive if they were considered professionals.

"It's a huge step on our journey to gaining basic protections and basic rights," Colter told CBS.

But the NLRB has now ruled that allowing Northwestern players to bargain with their school over policies that apply to the entire NCAA could make some schools more competitive than others.

In a statement, the NCAA called the board's decision "appropriate": "This ruling allows us to continue to make progress for the college athlete without risking the instability to college sports that the NLRB recognized might occur under the labor petition."

The NLRB presides over private sector employees. Only 17 of the 125 football teams in the NCAA's top division are from private schools. And NLRB officials said Northwestern is the only Division 1 team that's formally pushed for unionization.

The Northwestern players held a secret vote in 2014 on whether or not to unionize, but now, those votes reportedly won't be counted. Legal experts say Monday's NLRB decision is final.