Northern White Rhino Dies Leaving Only 3 of Her Kind 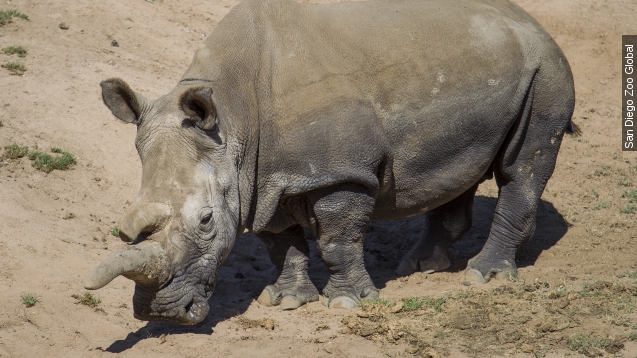 SMS
Northern White Rhino Dies Leaving Only 3 of Her Kind
By Katie Link
By Katie Link
November 22, 2015
One of the world's last remaining northern white rhinos died at the San Diego Zoo Sunday. There are now only three in the world.
SHOW TRANSCRIPT

The three others live together at a sanctuary in Kenya under the careful watch of guards. It's believed that poachers eager to get their hands on the animal's horns have contributed to the collapse of this breed.

Nola had lived at the San Diego Zoo since she left the Czech Republic in 1989. The zoo tweeted the sad news early Sunday morning and shared that Nola's care team decided to euthanize her after her health deteriorated. The normal life expectancy for this type of rhino is 40 years.

Last December, a male northern white rhino died of cancer at the age of 44 at the San Diego zoo.

The zoo is working with the sanctuary in Kenya to try to save the species.