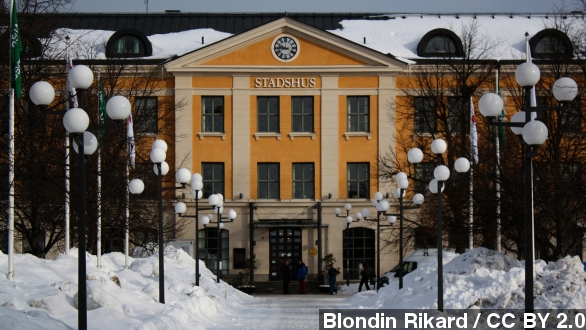 People in northern Sweden have a very unique way of saying "yes." The Local decided to check out the biggest city in northern Sweden: Umeå. The way they say "yes" is way cooler than your typical "yeah" or "ja."

OK, we want to give this a try.

Did we get it? Maybe?

Apparently, people think they've got the sound down, according to a very scientific poll from Mirror Online. About 60 percent of people thought they could pronounce the sound for "yes" correctly.

One woman said it was easier than actually saying "yes" because you don't really have to open your mouth.

But News Limited questioned that. Is it really any easier? Guess it depends on who you ask.

One local said: "You don't have to open your mouth and say 'ja.'"

One person teased on YouTube it was probably just a joke the Swedes were playing on the rest of the world.

Multiple people claiming to be from Sweden said it's very common there and not just in the northern parts of the country. And then there's always that one person.

But the Swedish language doesn't just have one unique word; it's apparently chock full of 'em.

One blogger wrote about the word "slut." While in America it's a derogatory term, in Swedish it means "finished."