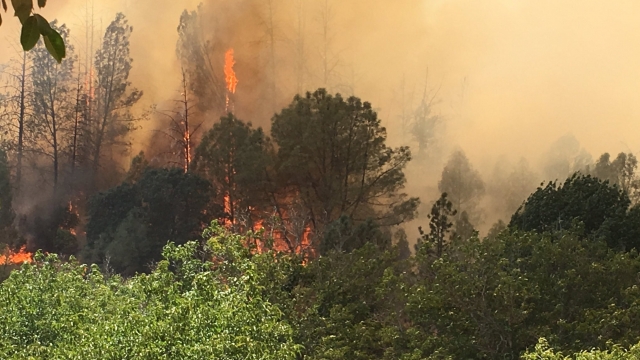 By Lindsey Pulse
August 15, 2016
More than 7,000 firefighters are fighting 11 wildfires throughout the state.
SHOW TRANSCRIPT

Four thousand people have been forced to evacuate as wildfires rage across Northern California.

As of Sunday evening, wildfires had spread across 3,000 acres in Lake County, where the mandatory evacuations took place. Only 5 percent of the fire had been contained by Sunday night.

A red-flag warning, which identifies areas that have ideal conditions for the rapid spread of fire, has been issued in several counties.

More than 7,000 firefighters are currently battling 11 large wildfires throughout Northern and Southern California.

The latest round of mandatory evacuations comes after a central California wildfire burned over 19,000 acres and killed at least two people in June.

Thousands of homes are currently at risk. The California Department of Forestry and Fire Protection announced it has secured a grant from FEMA to help fight the blaze.