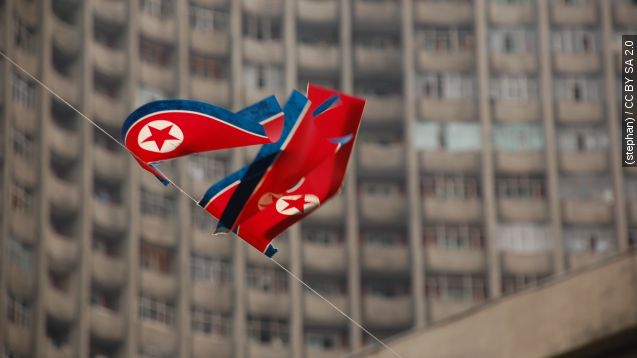 Like that one time reports suggested Kim's uncle was fed to a pack of 120 hunting hounds that had been starved for five days.

Or maybe the time rumors cropped up claiming a North Korean official was executed by method of flamethrower. (Video via U.S. Department of Defense)

But there might be some truth to this latest one, mainly because it didn't come from North Korea's state media but instead South Korea's intelligence agency. (Video via YTN)

An April report from the U.S. Committee for Human Rights in North Korea gives the "execution by anti-aircraft gun" method further credence. Using satellite imagery from October, the watchdog group spotted a military training area where it appeared as if a line of ZPU-4 anti-aircraft guns were being used for a public execution.

Think you've heard of North Korea employing this brutal execution method before? You probably have.

Kim's uncle, the one who wasn't actually fed to a pack of dogs, and two of his closest aides were executed in 2013. The aides were reportedly executed the same way Yong-chol was — using anti-aircraft guns. (Video via Arirang)

Heavy-handed executions aside, the purging of high-ranking officials within North Korea's regime, especially for such petty mistakes as falling asleep, shows there might be some sort of power struggle within the nation. (Video via Korean Central Television)

Since Kim Jong-un took power in 2011, the dictator has purged scores of officials, either removing them from office or executing them for various charges including watching South Korean soap operas and graft. (Video via Korean Central Television)

An analyst at the BBC suggests the executions are a means of demonstrating Kim Jong-un's power. (Video via Korean Central Television)

But with more executions comes the risk of more instability and the possibility that the Northern dictator is losing control.

This video includes an image from Getty Images .