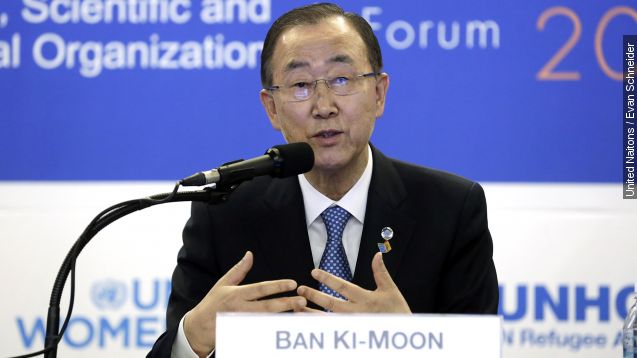 "No explanation was given for this last-minute change. This decision by Pyongyang is deeply regrettable," Ban Ki-Moon said during a CCTV broadcast.

On Tuesday, U.N. Ban Ki-Moon announced he would travel to a jointly operated North-South Korea industrial park on Thursday to help promote reconciliation between the two nations.

But one day later, on Wednesday, he announced that approval had been suddenly rescinded without explanation. He would have been the first U.N. Secretary-General to visit North Korea since 1993.

In the past, the Kaesong industrial park has served as somewhat of a barometer for relations between the two Koreas with the North shutting the plant down in 2013 for five months during increasing tensions with the South. (Video via KBS)

And those tensions are rising again. The diplomatic snub to the secretary-general comes after North Korea claimed to shoot off an ballistic missile from a submarine earlier this month. (Video via YTN)

Though the country is also known for exaggerating the extent its military accomplishments. Nonetheless, the South recently sent a letter protesting the launch to the U.N.

This video includes images from Rodong and United Nations / Evan Schneider and music from Chris Zabriskie / CC BY 3.0.