Kim Jong-Un Pulls The Trigger On ANOTHER Nuclear Test 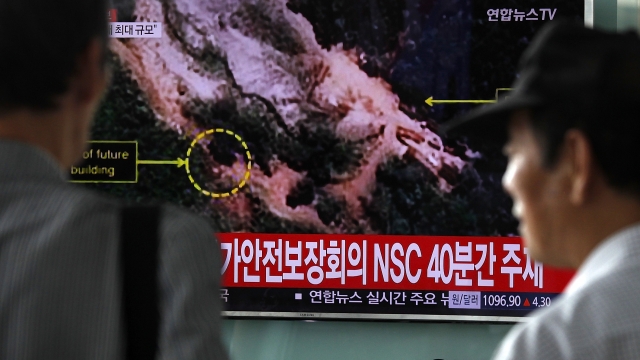 SMS
Kim Jong-Un Pulls The Trigger On ANOTHER Nuclear Test
By Melissa Prax
By Melissa Prax
September 9, 2016
North Korea's recent nuclear test is the second one in just eight months, and South Korea says it's the largest yet.
SHOW TRANSCRIPT

North Korea says it carried out another nuclear test — and the international community isn't thrilled.

The country's state-run media claims this is its fifth test, and the U.S. Geological Survey detected a 5.3-magnitude earthquake in the region.

This is also the second test in just eight months — and South Korea says it's the largest yet. So how much damage could it do?

An analyst told NBC, "If detonated in the middle of Lower Manhattan in New York ... it would destroy pretty much everything up to the West Village and down to about the New York Stock Exchange."

The test triggered unfavorable reactions from world leaders from China, Japan and the U.S., mainly because it violates United Nations resolutions.

North Korea will likely receive another sanction for this latest test — but that hasn't stopped the regime in the past.