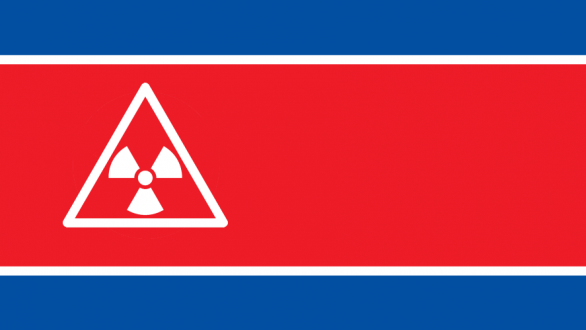 “I wanted to say a few words about North Korea’s announcement that it has conducted a nuclear test as well as its decision to attempt a short range missile launch. North Korea’s nuclear and ballistic missile programs pose a grave threat to the peace and security of the world, and I strongly condemn their reckless action,” said President Obama during a 2009 press conference outside the White House. (Video via The Guardian)

The last few years have been especially tense between the U.S. and North Korea. But now it seems the Hermit Kingdom might be trying to calm things down. (Video via Columbia Pictures / 'The Interview')

Pyongyang has reportedly offered to suspend its controversial nuclear tests if the U.S. calls off its annual military drills with South Korea. According to the state-run DPRK news agency, North Korea extended the offer “through a relevant channel” on Friday.

But while this latest offer to halt its nuclear program is a new way of asking the U.S. to stop its military drills, the offer itself is nothing new.

North Korea initially agreed to stay away from nuclear weapons development in 1985 when it signed the international Nuclear Non-Proliferation Treaty. In 2003, it became the first, and only, country to ever withdraw from the treaty.

North Korea’s withdrawal from the treaty kicked off what came to be known as the “Six-Party Talks” between the U.S., South Korea, North Korea, China, Japan and Russia. (Video via RT)

The goal of the talks was to resolve what was clearly becoming a nuclear crisis on the Korean peninsula. They showed signs of working, too. In 2007, North Korea agreed to shut down one of its nuclear facilities in exchange for fuel. (Video via Arirang)

North Korea even destroyed one of the cooling towers in 2008.

But in the end, the Six-Party Talks failed, falling apart in 2009 after a failed satellite launch in North Korea and reports that the country had resumed processing nuclear materials. (Video via CCTV)

The most recent offer from North Korea to stop its nuclear operations came in 2012. The ailing nation agreed to freeze the program in exchange for food aid, but hardly a month passed by before that too fell apart.

This latest offer would be a chance to put years of nuclear back-and-forth to an end, or at least restart talks.

But as with previous offers from the Hermit Kingdom, the U.S. government might give them the cold shoulder. The U.S. has no established diplomatic relations with the country, inisting North Korea first make a clear commitment to abandoning its nuclear program for good.