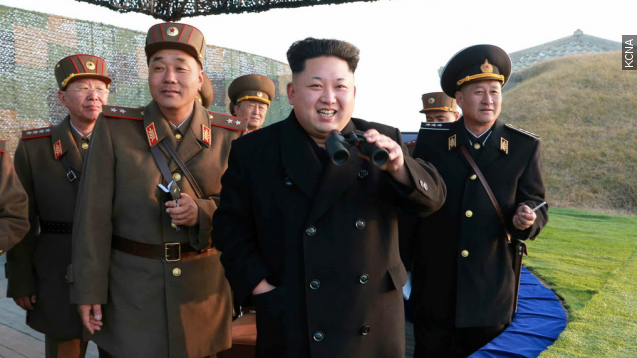 North Korea is a bully.

“North Korea warned it was 'sharpening its bayonets' to do damage 'thousands of times greater,'" said a CNN anchor.

"... vowing to attack Washington and engulf the nation's capital in a 'sea of flames,'" an NBC anchor said.

"... warned it's capable of bringing final doom to America," said an ABC anchor.

But are these threats credible?

Probably not, although no threat should be dismissed entirely when dealing with a nuclear-armed state, especially one as unpredictable as North Korea.

But so far, North Korea has never followed through on any of its threats of all-out war.

And there have been plenty.

That's because actually going to war would be pretty disastrous. North Korea's army, although one of the world's biggest, is poorly trained and equipped with outdated weaponry. It'd be no match for the far superior U.S.-backed South Korean army.

Its nuclear program, in theory, is a game changer. But it's unclear whether North Korea even has the ability to mount nuclear warheads onto missiles.

So what’s with the theatrics, if not legitimate threats of war?

Often, they're an attempt by North Korea to extract international concessions.

The U.S and its partners have, in the past, offered aid in exchange for the North promising to scale back its warmongering and, more importantly, its nuclear program.

The provocations also play well at home. Kim Jong-un, like his father and grandfather before him, stays in power by portraying himself as a strong, godlike leader — the type of leader who builds nuclear weapons in the face of so-called "imperialist aggressors."

Imperialist aggressors who have increasingly come to view Kim Jong-un as "the boy who cried wolf."