North Korea's About To Throw One Massive Parade 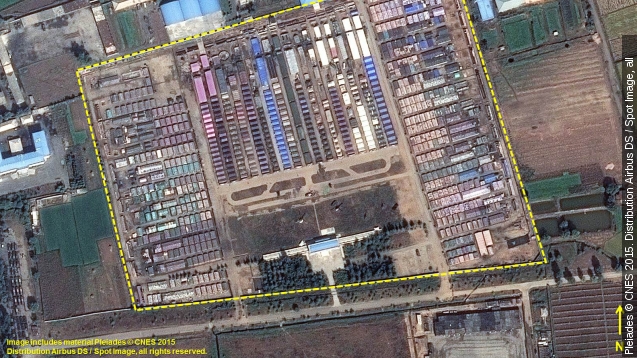 SMS
North Korea's About To Throw One Massive Parade

By Elizabeth Hagedorn
October 9, 2015
North Korea is planning a no-holds-barred celebration in honor of 70 years of rule under the Korean Workers' Party.
SHOW TRANSCRIPT

Say what you want about North Korea … it knows how to throw a good parade.

On Saturday, the Hermit Kingdom will stage another massive one to celebrate 70 years of one-party rule under the Korean Workers' Party.

Here's a preview — based on satellite imagery of the run-up to the parade provided by the U.S.-Korea Institute.

In the 1990s, North Korea converted an air base in Pyongyang into this practice site for its parades — complete with a replica of Kim Il Sung Square, the site of the real parade.

Already in position a few days before this latest parade were some 700 trucks and 200 armored vehicles, and troops in formation — some on horseback.

And if previous parades are any indication, Saturday's spectacle will also feature ballistic missile launchers and other advanced weaponry.

Because this is a chance for North Korea to showcase its one-million-strong army. The well-fed ones, anyway. It's doubtful North Korea has the food, fuel and ammunition to ever sustain a full-scale war.