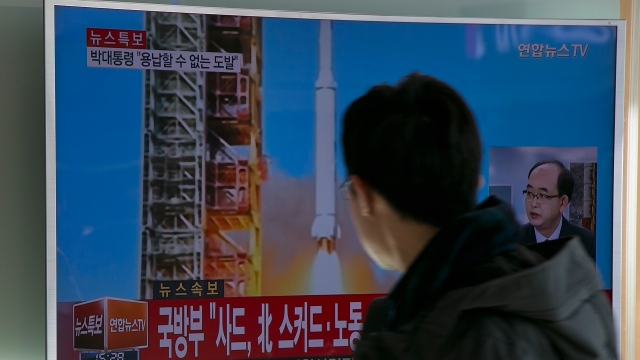 North Korea launched a long-range rocket Sunday in what many are saying is a cover up for a test of banned military technology.

North Korea is insisting the rocket launch placed a satellite for the country's space program into orbit. However, South Korea's spy agency says the satellite is useless and is considering the launch a ballistic missile test. (Video via CNN / KCTV)

The launch was condemned by the U.S., South Korea and Japan. Even North Korea's greatest ally, China, said it "regretted" the launch, though it also warned against actions that would escalate tensions between the North and South. (Video via KCNA)

The U.S. and South Korea now plan to discuss the deployment of an advanced missile defense system on South Korean soil. It would be capable of shooting down short to intermediate ballistic missiles midflight. Russia and China are opposing these talks. (Video via Lockheed Martin)

North Korea's actions echoed a similar launch in 2012 of a long-range rocket carrying a satellite. That launch drew international condemnation as well. (Video via The Guardian)