North Korea May Be Running Its Main Nuclear Facility 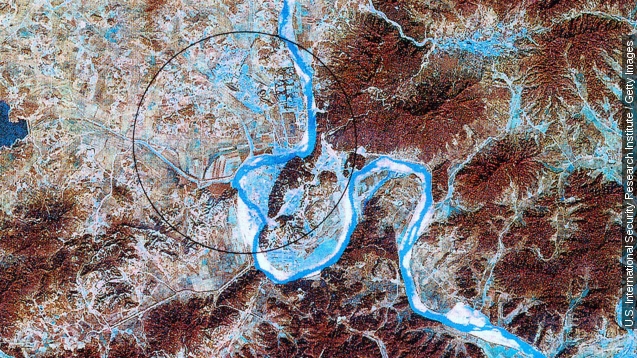 The North Korean state-run news agency KCNA said on Tuesday the country's main nuclear facility is up and running once again.

The Yongbyon nuclear facility has had a history of being shut down, only to later be suspected of resuming operations again. Most recently it was shut down in 2007, but the North Korean government promised to restart the reactor by 2013. (Video via KCNA)

The BBC cites experts who believe if the nuclear facility is restarted it has the potential to make one bomb's worth of plutonium each year.

If the Yongbyon facility has resumed operations, it wouldn't come as a complete surprise.

In 2014, the Institute for Science and International Security reported satellite images which seemed to show the reactor was running at a low level.

But in July, the website 38 North, which specializes in North Korean analysis, said satellite imagery showed no steam or hot water discharge from the facility, indicating the reactor was only in operation sporadically.

Regardless of the degree to which the Yongbyon facility is operating, U.S. officials are saying they're ready to counter, with several measures already in place.

"Ground-based interceptors to Alaska, surface combatants to the Western Pacific, a THAAD battery on Guam, another radar in Japan in order to be ready and vigilant for anything the North Koreans may or may not do," the U.S. ambassador to South Korea told CNN on Tuesday.