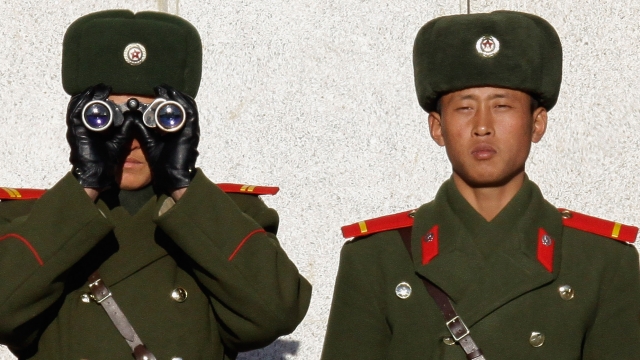 North Korea has reportedly fired yet another missile in what some say is a response to the U.S. and South Korea's joint military exercises.

The report comes from a South Korean official who spoke to Yonhap News Agency. The missile is believed to have traveled more than 120 miles before striking an unidentified land target.

And on Saturday, it released a propaganda video with computer-generated graphics that appeared to depict a nuclear strike on Washington, D.C.

All this comes during the annual eight-week military exercises between the U.S. and South Korea, which the North usually condemns as a provacation.

But tensions this year are especially high. The United Nations just placed heavy sanctions on the North after it claimed it tested a hydrogen bomb earlier this year and a missile launch that some say was a front for a nuclear weapons test.

South Korean officials described this year's military exercises as "the largest scale ever" with 300,000 troops from South Korea and at least 17,000 from the U.S.

This video includes clips from Korean Central News Agency and Arirang and images from Getty Images.