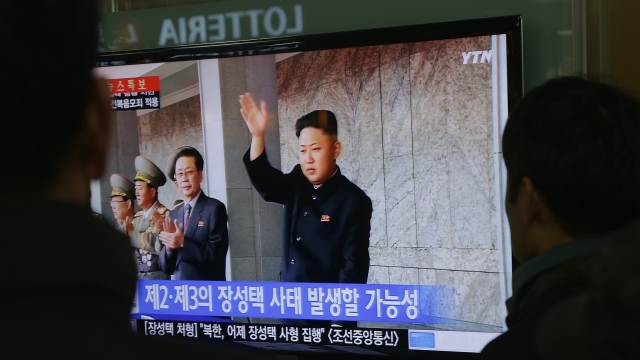 It warned cyberattacks, kidnapping of South Korean citizens and poison gas attacks are all possible threats.

Some leaders said the warning justifies an anti-terrorism bill, which has previously been blocked by political parties who were concerned the law would give the intelligence agency too much power.

On Wednesday, four American F-22 stealth fighter planes flew over South Korea. The Pentagon said the purpose was to "demonstrate the [U.S. and South Korea's] capabilities."

This video includes clips from YTN, BBC and CNN.