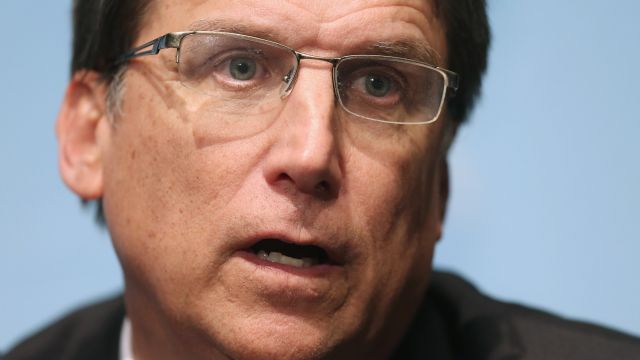 According to the votes, North Carolina's Attorney General Roy Cooper should be the state's next governor. But current Gov. Pat McCrory isn't leaving office without a fight.

McCrory's campaign is challenging election results in about 50 of North Carolina's counties over supposed instances of voter fraud.

Of the 4.7 million votes cast, Cooper's currently leading McCrory by around 6,000 votes. That's a narrow enough margin for McCrory to demand a recount, though Cooper's camp says its lead is insurmountable.

If McCrory successfully casts enough doubt on the election results, the state's Republican-controlled legislature might cast the deciding vote in the contest.

But local election boards haven't been sympathetic so far. McCrory's largest challenge, affecting 94,000 votes in Durham County, was thrown out by the county's election board.

McCrory's currently taking his case to the state's election board. Cooper, meanwhile, is getting tired of waiting; he's already announced his transition team to replace McCrory.