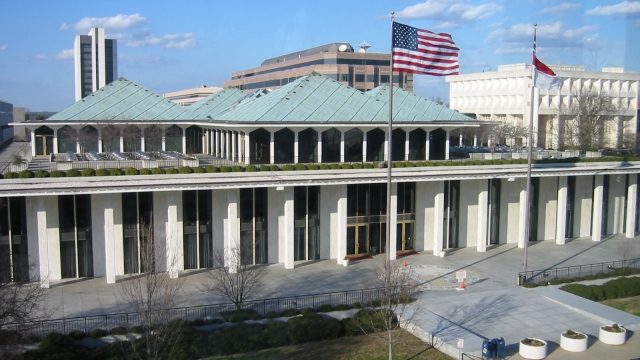 SMS
Court Says North Carolina's Gerrymandering Is Unconstitutional
By Eugene Daniels
By Eugene Daniels
August 12, 2016
A three-judge panel found that race was a main factor in drawing 28 of the state's districts.
SHOW TRANSCRIPT

It just got a lot harder to racially discriminate against voters in North Carolina. Twenty-eight of the state's legislative districts have been deemed unconstitutional because they're gerrymandered based on race.

Three district judges made the ruling unanimously, finding the drawn districts violated the Equal Protection Clause of the Constitution because they were drawn with race as a main factor. The opinion says the state hasn't "shown that their use of race to draw any of these districts was narrowly tailored to further a compelling state interest."

This all stemmed from a 2015 lawsuit by 27 voters. It was filed after the Supreme Court ruled Alabama needed to reconsider whether legislators had taken away power from minority voters by packing them all in the same districts.

The lead plaintiff from this case praised the ruling, saying: "I was plucked out of my district and placed into another district simply because of my race. Today's decision is a clear message that North Carolina voters have a right not to be assigned to election districts based solely on the color of their skin."

Gerrymandering isn't unheard of, but this was a pretty obvious case. Some of the voting districts were shaped weird and actually split precincts.

North Carolina is already under the microscope after its voter ID law was found to be unconstitutional just last month for being created to intentionally discriminate.

The court ordered the state to redraw the districts but found there wasn't enough time to get it done by this year's election. But the state legislature will have to begin the process during its next session.