North And South Korea Just Shot At Each Other 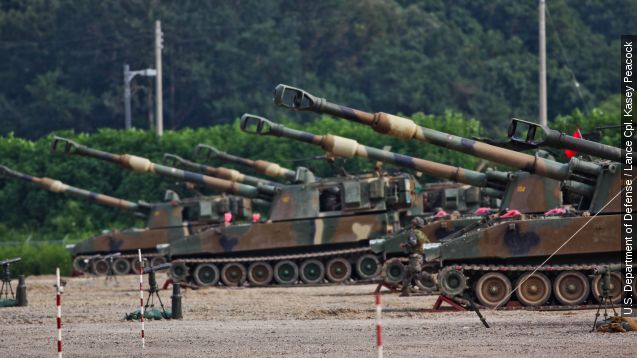 SMS
North And South Korea Just Shot At Each Other
By Jake Godin
By Jake Godin
August 20, 2015
South Korea returned fire after it was attacked by North Korea. No damage was reported, though hundreds were evacuated from the area.
SHOW TRANSCRIPT

North and South Korea just shot at each other.

South Korea shelled the North Thursday after being hit by a what officials think was a rocket.

South Korea's Yonhap News Agency reports about 100 civilians were evacuated from the area where the attack occurred. The New York Times reports that number was closer to 200. (Video via YTN)

The engagement ended with no damage being done on the South's side of the border.

While it's not clear what the North's target may have been, some reports have suggested it was trying to hit South Korean loudspeakers playing anti-North propaganda messages.

Those speakers were reactivated last week, after two South Korean soldiers were injured by land mines that the South says the North had planted.