Nokia Releases A Tablet, Everybody Dubs It iPad Mini Clone 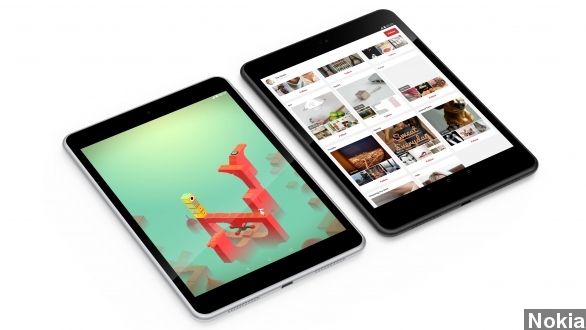 SMS
Nokia Releases A Tablet, Everybody Dubs It iPad Mini Clone
By A.J. Feather
By A.J. Feather
November 18, 2014
Nokia announced its first tablet since selling its mobile device business to Microsoft earlier this year, and it looks like an iPad clone.
SHOW TRANSCRIPT

Nokia announced the new device overnight, but it's the device's resemblance to the iPad Mini that many outlets are focusing on. (Via Gizmodo, The Verge, The Telegraph)

The N1 is a big milestone for the company. In 2014 alone, Nokia sold its mobile devices division — including its engineers — to Microsoft, and it's already launching its own tablet, even though it appeared to be shifting its focus from hardware.

The Verge compared the device to Xiaomi's Mi Pad, which is an iPad clone that features a plastic back. They also say the primary reason Nokia created this tablet was to push its Android "Z Launcher," which will give the user a list of apps and contacts based on where they are and what they are doing.

Nokia generated a lot of buzz Monday when it sent out a tweet saying it was "up to something" with a picture of a box with Tuesday's date on it. It appears this tablet is what was in that box.

There is at least a little bit of innovation in the device though. It will feature the new USB standard - type C, which is reversible. That doesn't help much with making the device less iPad-like because the iPad's has had the reversible lightening connection for several years already.

But Type-C is the new standard, so its less Nokia's fault than the same size, back and pixel-density thing.

The device will start at $249, so you might have been able to fool a family member into thinking you got them an iPad and save yourself $50 this holiday season if it wasn't for the launch date. The device isn't expected out until February 19, so you'll have to wait until next year.