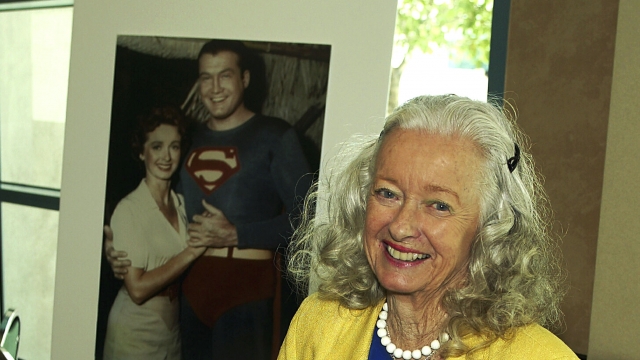 Noel Neill, the actress who first portrayed Superman's love interest Lois Lane, has died at the age of 95.

Even after she retired, Neill appeared in later Superman films, including "Superman Returns" in 2006. The city of Metropolis, Illinois, dedicated a statue of her as Lane in 2010.

Beyond Superman, Neill starred in dozens of films and TV shows in the 1940s and '50s, winning a Golden Boot award for her work in Westerns.

Her manager said on Facebook that she "maintained that bright, perky and engaging personality up until her death."

This video includes clips from Columbia Pictures, Warner Bros. and WEWS and images from Getty Images.