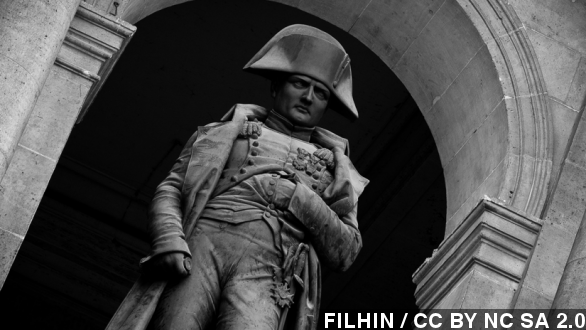 A hat that touched a famous head just sold for millions.

The chapeau of Napoleon Bonaparte, emperor of France during the 19th century.

ROBIN MEADE VIA HLN: "A guy paid more than $2 million. ... It was sold at auction to a collector in South Korea. Experts originally thought it might sell for $500,000."

CNN said this was one for the history buffs and the hat was actually owned by Monaco's royal family before the auction.

Sounds like a lot of dough, and if we compare this sale to some other royal items that went to auction, Napoleon wasn't sold ... short. Get it?

In 2013, a dress Princess Diana once wore while dancing with actor John Travolta sold at auction for about $360,000. An entire collection of her dresses sold for around $1.2 million. (Video via CNN)

And in 2011, this wacky hat Princess Beatrice famously wore to Prince William and Kate Middleton's wedding sold at auction for around $127,000.

As for Napoleon, even a lock of his hair and one of his teeth have sold at past auctions.

This video includes images from Getty Images and music from Risey / CC BY 3.0.