No Seriously, There Might Be An Apple Web TV Service Soon 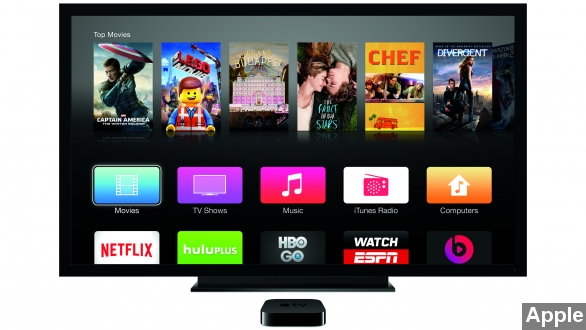 SMS
No Seriously, There Might Be An Apple Web TV Service Soon
By Mikah Sargent
By Mikah Sargent
March 17, 2015
A new report from The Wall Street Journal says Apple is set to launch a $30- to $40-per-month streaming TV service in June.
SHOW TRANSCRIPT

The companies revealed they would partner up to launch HBO’s new subscription streaming service, HBO NOW.

But according to The Wall Street Journal, Apple’s got a whole lot more up its sleeve. In fact, it’s got a 25-channel subscription streaming service up there.

Citing people familiar with the matter, the Journal says Apple aims to bring together major networks — ABC, CBS, Fox — to offer up a $30 to $40 per month subscription.

If true, that means Apple would be joining the much-talked-about Sling TV in offering cord-cutters access to the coveted ESPN network. Go sports! (Video via CNET)

No, seriously — according to a study by ClearVoice Research, access to live sports is one of the main reasons people don't cut the cable cord. (Video via ESPN)

Now, we’ve been hearing about Apple’s television service for several years. Most recently in February, when Re/code reported the company was in talks with TV programmers.

Re/code’s report seemed to suggest the service would be à la carte: choose which networks you want, and pay accordingly. It’s unclear whether or not the Journal’s report is describing the same thing.

What is clear is Apple’s missing one major player in the television space. As it stands, the streaming service won’t include content from NBCUniversal, due to “a falling-out between Apple and NBCUniversal parent company Comcast Corp,” according to The Wall Street Journal. (Video via Comcast)

With other leading content-providers on board, however, I wouldn’t be surprised if NBC’s “The Voice” appears on Apple TV in the near future. (Video via NBC / "The Voice")

Not to mention the 25 million Apple TVs and hundreds of millions of iPhones in customers' houses and hands (respectively), most of which will be capable of accessing a streaming service from Apple. (Video via Apple)

Can you really turn down that many eyeballs? I think not. Apple reportedly aims to announce the service in June — likely at its annual Worldwide Developers Conference.