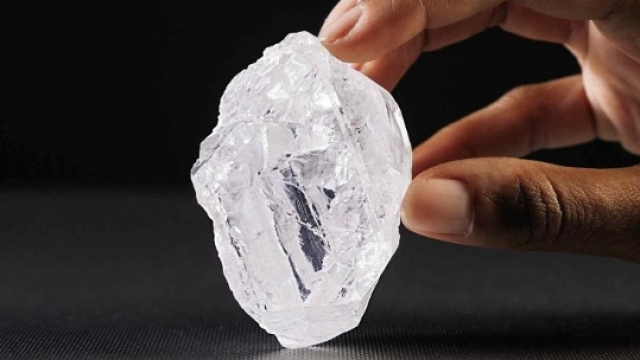 SMS
No One Wants To Pay $70M For This Huge Diamond

By Katie Link
June 29, 2016
Apparently, $61 million wasn't enough to take home one of the largest diamonds in the world.
SHOW TRANSCRIPT

This is the Lesedi La Rona. It's the second-largest gem-quality rough diamond in the world.

The uncut 1,109-carat stone is the size of a tennis ball. And no one wants it.

Well, no one wants to pay the estimated $70 million price tag for it.

The stone was found last fall at a mine in Botswana. Experts thought it would break the record for most expensive diamond.

That record was set in May when an 813-carat rough diamond sold for $63 million.

The Lesedi La Rona diamond went up for sale at Sotheby's on Wednesday. The highest bidder offered $61 million — below the auction house's minimum reserve price.

For now, the massive rock will remain in the ownership of the company that found it.

This video includes an image from Tim Greenfield / CC BY 2.0. Music provided courtesy of APM Music.