No One's Sure What UnitedHealth Reversal Means For Obamacare 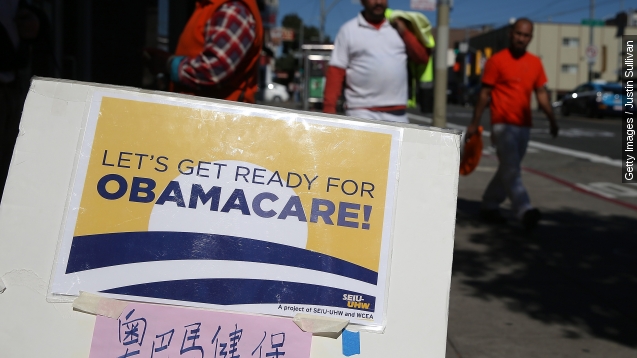 SMS
No One's Sure What UnitedHealth Reversal Means For Obamacare
By Cliff Judy
By Cliff Judy
November 20, 2015
The country's largest insurer announced it's losing a lot of money by participating in the Affordable Care Act and may not participate in 2017.
SHOW TRANSCRIPT

"It's time to shop for a health insurance plan," United HealthCare's announcer says in an online commercial. "Oh, boy. We get it. Choosing one can be really confusing."

Turns out the country's largest health insurer, which in October planned on expanding to sell Obamacare health plans in 11 new states, is having second thoughts.

Like huge second thoughts. Like exactly the opposite of what UnitedHealth Group said only a month ago.

The company revised its earnings downward Thursday during an investor call, saying losses were largely from participating in the Affordable Care Act. It's taking actions to scale back Obamacare plans in 2016 and isn't sure if it'll stick around for 2017. (Video via United HealthCare)

"We cannot sustain these losses," UnitedHealth Group CEO Stephen Hemsley said in the call. "We can't really subsidize a marketplace that doesn't appear at the moment to be sustaining itself."

Here's the problem: Insurance companies rely on premiums from healthy customers to pay the medical bills of customers who get sick. They can lose money if not enough healthy people sign up or — as UnitedHealth and other insurers have said with Obamacare — customers sign up, get treatment and then drop the policy.

And while UnitedHealth isn't the largest provider in Obamacare, it is the country's largest insurer. So if the biggest company can't make money on the president's signature health policy, the narrative followed, can anyone?

Others disagree, though, saying United isn't a bellwether for the larger industry.

An executive with the Kaiser Family Foundation told The New York Times: "United doesn't matter that much to this market right now. They came late to the party, and their enrollment is still relatively modest."

So far, there's zero indication two of the biggest Obamacare participants — Anthem and Aetna — are going anywhere, and each seems to think it'll make money long-term.

Something to keep in mind, though — the government released a statement the same day as United's announcement admitting it hasn't paid nearly as much money as promised to help insurers recoup the losses everyone was expecting for Obamacare's early years.

While stressing full payments will be made in time, the statement said it's paid out $362 million out of $2.87 billion requested — one-eighth of what the government owes. That's not going to make insurers happy.