No One Agrees What Taylor Swift's Victory Over Apple Means 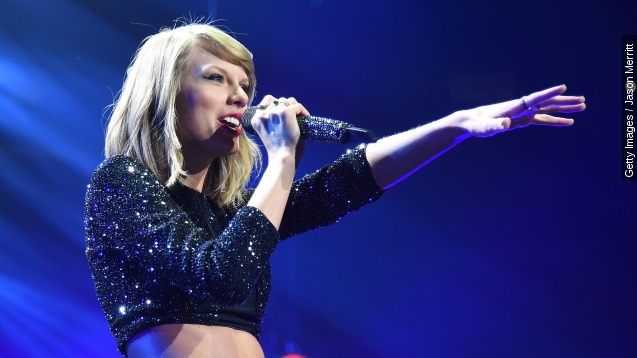 SMS
No One Agrees What Taylor Swift's Victory Over Apple Means
By Ben Lawson
By Ben Lawson
June 22, 2015
Taylor Swift got Apple to change its royalty policy, but the media can't seem to agree whether or not that's a big deal.
SHOW TRANSCRIPT

By now you have probably heard about Taylor Swift getting Apple to change course on its royalty policy for Apple Music and agree to pay artists during its free trial period.

And as fun as it was to see the pop star claim a victory against Apple, there isn't much of a consensus on what Swift's victory actually means or if you can even call it a win at all.

This all started when Swift threatened to withhold her most recent album, "1989," from Apple Music. Less than a day later, Apple decides to pay out after all, which led to a cumulative jaw drop from the media and some pretty bad puns. (Video via Big Machine Records / Taylor Swift)

"Apple swiftly collapsed under the bad blood of the tech giant and Taylor Swift," said a CNBC anchor.

At first glance, it looked like Swift actually won one for the little guy. Swift admitted the lost royalties won't hurt her financial situation but said in her blog post, "This is about the new artist or band that has just released their first single and will not be paid for its success." (Video via NBC / "Late Night")

However, some are questioning just how much money three months worth of royalties will actually amount to.

A professor of music and technology at Rutgers University told Mashable, "Aside from the Taylor Swifts of the world, three months of royalties for 99.9% of artists is barely enough for a sushi lunch."

And for Apple, a company valued at $700 billion, there isn't much to lose from paying out a little more. It does have a lot to lose from some bad PR for Apple Music. The music streaming market is already getting crowded so it can't afford to look like it is bullying the artists.

So, as USA Today points out, Swift's "scolding" actually ensured days-worth of headlines for Apple Music ahead of its June 30 launch. And by reversing its decision it gets to look flexible and understanding to the artists.

Some say Apple's reaction to Swift pulling her music also shows how much artists can be worth. Fortune writes, "Without the content from top-selling artists like Swift—and the marketing support that comes from her millions of devoted fans—[Apple's] fancy new music service wouldn’t be worth much."

Swift hasn't yet said if "1989" will appear on Apple Music now that the company has changed course.