No, A Google Exec Did Not Predict An Internet Apocalypse 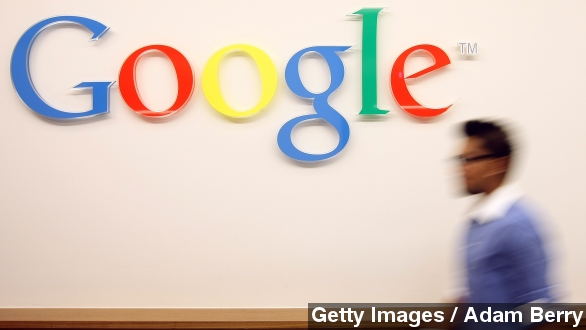 SMS
No, A Google Exec Did Not Predict An Internet Apocalypse
By Ben Lawson
By Ben Lawson
January 24, 2015
Earlier this week, a Google exec made headlines for saying "the Internet will disappear," but that doesn't quite mean what it sounds like.
SHOW TRANSCRIPT

A scroll through tech headlines earlier this week might have given you the impression that the Internet will soon be dead and gone.

That's because Google executive chairman Eric Schmidt said this at the World Economic Forum on Thursday: "The Internet will disappear."

Yeah, that sounds scary. I mean, how will people in the future share Throwback Thursday photos reminiscing about the Internet without, you know, the Internet?

But those headlines amounted to little more than click bait, as the full context of Schmidt's quote suggests an Internet more connected to the world than ever.

"There will be so many devices, sensors, things that you are interacting with, that you won't even sense it. It will be part of your presence all the time," Schmidt said.

Schmidt is referring to "The Internet of Things," which is the idea that all sorts of devices from cars to refrigerators will be connected to the Internet and interact with you seamlessly. (Video via Shots of Awe)

Basically, he's only saying there will be no Internet because you won't be able to see where the Web begins and where it ends.

A writer at Forbes puts the idea into context. He points to a time in the not-too-distant past when artificial lighting was a big deal and something to be appreciated. Now, we walk into a room and flick a light switch without a second thought.

But, of course, saying the Internet will grow and mature, as most technology tends to do, doesn't make for as interesting of a headline.