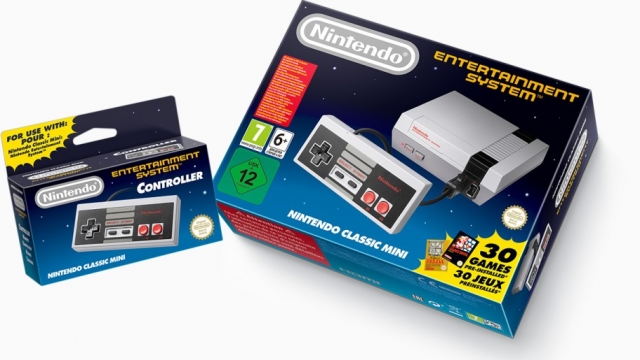 SMS
Nintendo's Bringing Back This Classic Gaming Console
By Ryan Biek
By Ryan Biek
July 14, 2016
And 30 old-school games will be coming with it.
SHOW TRANSCRIPT

Calling all gamers: Nintendo's letting you relive the '80s — even if you totally didn't exist back then.

The company just announced it'll be releasing a tinier version of the classic Nintendo Entertainment System in November.

SEE MORE: The Wii U Is Doomed. Can The Top-Secret 'NX' Console Save Nintendo?

And the console comes with old-school games like "Pac-Man," "Super Mario Bros.," "Galaga" and "The Legend of Zelda." We're envisioning a lot of characters turning at right angles.

In all, 30 games will be built into the console, which will reportedly be sold for $59.99.

This video includes images from Getty Images and clips from Nintendo.