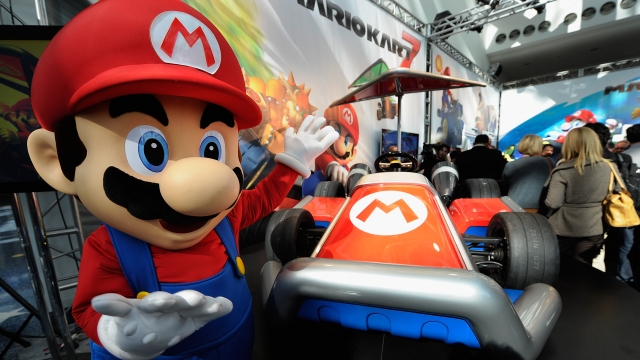 SMS
Nintendo Puts This Weird Sleep-Tracking Device On Hold
By Ben Lawson
By Ben Lawson
February 5, 2016
Nintendo is backing away from its quality-of-life initiative ahead of a very important year for the company.
SHOW TRANSCRIPT

Nintendo is throwing in the towel on its weird "quality-of-life" device — at least for now.

The device would have tracked users while they slept and provided some feedback on a person's overall health. It's not exactly the kind of thing that screams Nintendo.

But in a call with investors, Nintendo president Tatsumi Kimishima said the game company lacked confidence that the device could become a viable product. (Video via Nintendo / "Mario Kart 8")

Kimishima said he still thinks there's room in the quality-of-life market but didn't hint at what the company's next move might be. (Video via Nintendo / "Super Smash Bros.")

Putting the product on the back burner comes at a tumultuous time for Nintendo. The company posted weak earnings last quarter, and it has a new console in the works, along with a line of smartphone games.

So if the quality-of-life device were to release and flop, it wouldn't lead to a lot of good faith toward Nintendo ahead of the launch of its next console.

Although this isn't to say Nintendo shouldn't return to the health space somewhere down the line like Kimishima said it would. The company has seen success in the area before with the Wii Fit, which sold more than 40 million units.