Nintendo Is Coming To A Smartphone Near You 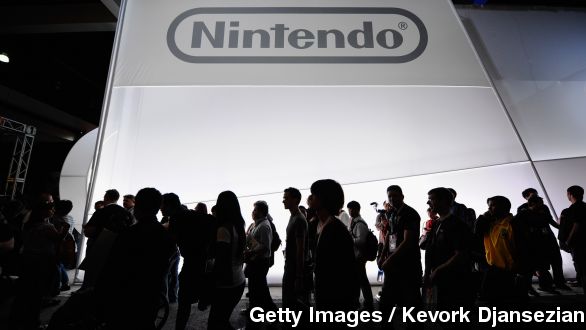 SMS
Nintendo Is Coming To A Smartphone Near You
By Jake Godin
By Jake Godin
March 17, 2015
Nintendo and mobile gaming company DeNA announced Tuesday that the venerable gaming giant will at least be bringing its games to the mobile world.
SHOW TRANSCRIPT

If you've ever wanted a little "Super Mario" on your Android or some "Metroid" on your iOS, we've got some good news for you: Nintendo has teamed up with mobile gaming company DeNA to do just that. Probably.

On Tuesday, Nintendo and DeNA announced a partnership — Nintendo will create mobile games using familiar characters like Mario or Samus, and DeNA will distribute them.

Both sides will also receive about a $181 million stake in each other's companies as well. (Videos via DeNA & Nintendo)

As for what these Nintendo mobile games will look like, Nintendo President Satoru Iwata revealed during the joint press conference the games won't be copies of games made on other systems, but rather games built from the ground up for "smart devices." (Video via Nintendo)

Which brings us to another detail — the two companies didn't say exactly what platforms they'd be releasing games on, either.

Speaking to The Wall Street Journal, a Tokyo-based game consultant says the move by Nintendo comes as a surprise: "This is about the most drastic, bold shift in strategy Nintendo could have undertaken." (Video via Nintendo)

That's because, up until today, Nintendo had resisted letting its content show up on mobile phones, preferring customers to use its 3DS mobile console instead. Folks typically relied on emulator software to get around that.

This announcement far from spells the end to Nintendo's console aspirations — Iwata hinted at a new console codenamed the "NX" but would give no other details aside from it being a "brand new concept."

There's no word on when any of the new mobile games will be released, though a new subscription service Nintendo and DeNA are working on together will launch in the fall of 2015.