It's-a Him! Nintendo Gives Mario His Own Mobile Game 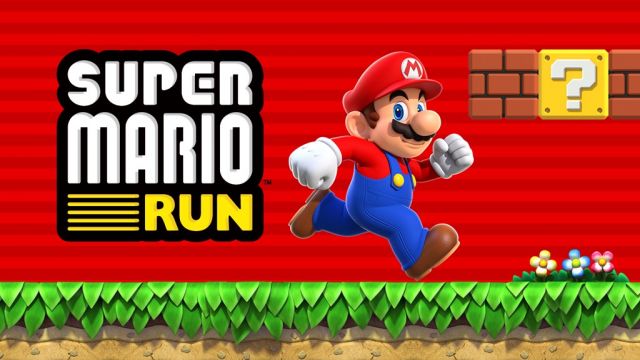 Apple CEO Tim Cook said, "I'm so happy to announce today he is coming to the App Store."

That was the sound of Nintendo's stock price spiking. The venerable video game company is finally jumping into the mobile market with its flagship character, Mario.

The game, called "Super Mario Run," features everyone's favorite plumber constantly running to the right in a traditional 2-D Mario level. Players touch the screen to determine when and how high Mario jumps.

Mario creator, Shigeru Miyamoto, helpfully noted that the game can be played one-handed, leaving your other hand free to eat an apple or whatever.

Nintendo's investors have been pressuring the company to go mobile for years; but the company's first mobile offering, Miitomo, was a social app rather than a game and didn't use any of Nintendo's characters.

Now, Nintendo's starting to bring out the big guns, and it's not just porting over old classics, either. "Super Mario Run" looks like a totally new game designed from the ground up to be mobile friendly.

Combining gaming nostalgia with mobile has proven to be a profitable strategy, as evidenced by the ubiquitous "Pokémon Go," which wasn't developed by Nintendo but uses the company's intellectual property. That game also showed up at the Apple press conference, giving people a new reason to buy an Apple Watch.

SEE MORE: The Virtual World Of 'Pokémon Go' Is Already Reshaping The Real One

Nintendo plans to release "Super Mario Run" for a flat price on the App Store in December. The company's also announced plans to release mobile versions of "Fire Emblem" and "Animal Crossing" before March 2017.