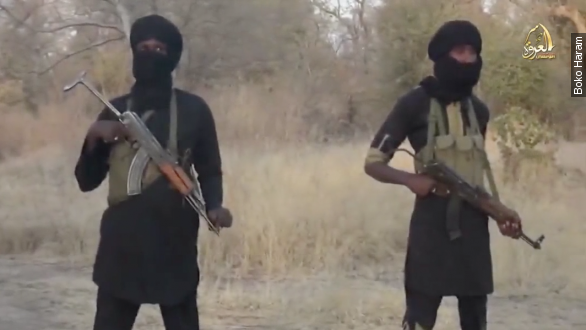 The Nigerian Military announced Tuesday it rescued almost 300 women and girls from Boko Haram during a military operation in the Sambisa Forest. (Video via Nigerian Armed Forces)

But the Nigerian military said the rescued women are not the same schoolgirls who were abducted by Boko Haram last year, sparking the international campaign Bring Back Our Girls.

How exactly another 300 people can be rescued when about 200 are still missing is hard to imagine, without understanding that the Chibok girls are just a few of thousands of missing people in Nigeria.

A report from Amnesty International found that since the beginning of last year, more than 2,000 women and children have been abducted by Boko Haram. Many are forced into sexual slavery or trained to fight.

"I went on one operation to my own village," Aisha, who was kidnapped by Boko Haram, told Amnesty International through a translator.

And the problem didn't just start in 2014. In the first half of 2013, 26% of all kidnapping attempts worldwide happened in Nigeria, according to NYA, a London-based crime statistics organization.

And between 2009 and 2013, Boko Haram kidnapped at least 500 women, according to Human Rights Watch, although there could be more because the organization says there was a stigma associated with reporting these incidents.

"There was a culture of silence and a certain taboo that had been around the issue," said Mausi Segun, a Nigeria researcher for Human Rights Watch.

The Nigerian military said it is now individually screening each of the rescued women to find out who they are.