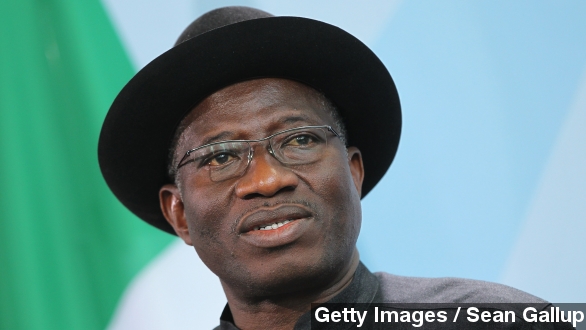 On Feb. 14, Nigeria will hold presidential elections — despite fears of violence and millions of voters who still haven't received voter ID cards.

Whoever wins the presidency will have a lot to tackle. Nigeria is facing — more or less — a war with Boko Haram, as well as widespread corruption and economic problems stemming from low oil prices. (Video via Fox News)

Two candidates are currently neck and neck in an election that will determine the leader of Africa's largest economy: incumbent President Goodluck Jonathan and former military dictator Muhammadu Buhari.

President Jonathan's failure to combat Boko Haram, particularly his inability to rescue the schoolgirls the group abducted, has been a huge disappointment to Nigerians. (Video via Bloomberg)

On the other hand, Buhari is a former military general. In the '80s, he staged a coup and was Nigeria's dictator for little over a year.

Many Nigerian voters say they will choose the lesser of two evils.

Jonathan and Buhari were also running against each other in the 2011 presidential elections.

When Jonathan won in a landslide, there was a huge fallout from Buhari's supporters; 800 people were killed in the violence that ensued.

There are fears that history will repeat itself this time around — especially because this race is so close.

And about 25 million Nigerian voters don't have voter ID cards, which could affect the election results. (Video via Channels TV)

Despite all of this, Nigerian officials announced Thursday they will not delay the elections.