Nigeria's President Says His Wife Belongs In The Kitchen 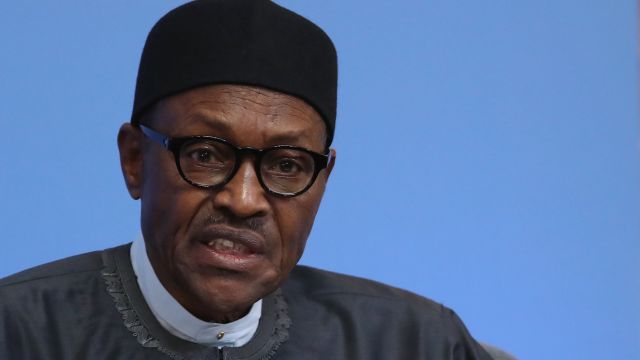 SMS
Nigeria's President Says His Wife Belongs In The Kitchen
By Matt Picht
By Matt Picht
October 14, 2016
After Aisha Buhari criticized her husband's government, he said her place is in the kitchen.
SHOW TRANSCRIPT

Nigerian President Muhammadu Buhari is many things. Feminist isn't one of them.

During a press conference, Buhari told reporters, "I don't know which party my wife belongs to. But she belongs to my kitchen."

Buhari was responding to comments his wife made to the BBC. She said she might not support her husband's reelection campaign.

Aisha Buhari also claimed her husband has lost control of his government, saying key political appointments were being made by a few members of Buhari's administration, rather than by the president himself.

The Nigerian president basically told his wife to butt out of politics, saying he had "superior knowledge" of the government. His remarks came during a joint press conference with German Chancellor Angela Merkel, one of the most powerful female politicians in the world.

During his election campaign, Buhari initially suggested he might abolish the office of first lady. He's since backed off that proposal.