The Real Money In College Sports Isn't Made By The NCAA 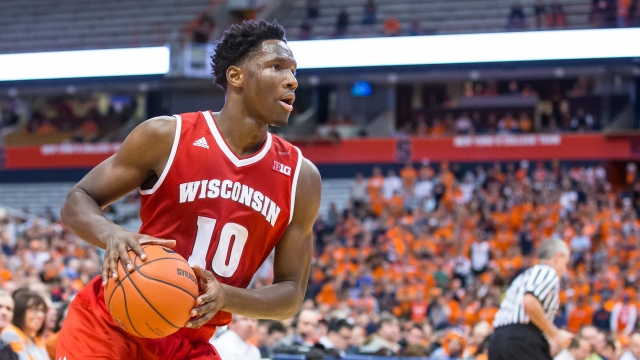 SMS
The Real Money In College Sports Isn't Made By The NCAA
By Carter Woodiel
By Carter Woodiel
October 16, 2016
Wisconsin star Nigel Hayes' recent protest isn't directed only at the NCAA; he's also calling out the conferences that reap football revenue.
SHOW TRANSCRIPT

Nigel Hayes, one of the best college basketball players, recently held up a sign reading "Broke College Athlete." Maybe you saw a photo of it.

The implication here is that athletes like Hayes should be paid. And while you might think Hayes' protest is directed squarely at the NCAA, the truth is it's not that simple — and neither is how top college athletic programs make all their cash.

Let's start with the NCAA. A recent report from USA Today puts the association's revenue at $989 million in 2014 and — based on past growth — analysts project by now, the NCAA is bringing in over $1 billion per year.

Most of that money comes from the March Madness television deal, by far the NCAA's biggest cash cow. CBS and Turner Broadcasting are on the hook for an average of nearly $900 million per year through 2032 to broadcast the games.

But for college athletes who want to get paid, the most important numbers might not actually be from basketball, but football. That's a sport the NCAA makes surprisingly little money off of.

Pretty much all of the football money goes to conferences like the SEC, ACC and Big Ten, where Hayes plays. This includes regular-season games and the College Football Playoff at the end of the year.

These numbers have grown a lot recently; the most recent ones we can find show total revenues for the five biggest conferences growing by a third in just one year to over $2 billion.

Hayes himself directly called the Big Ten out on this. He tweeted a screenshot from a USA Today article about how much money the conference brought in, sarcastically tweeting, "If only there was enough money to pay us."

Even though the conferences are flush with more cash, they still have to abide by NCAA rules, and that includes no paying the athletes.

"If [paying players is] what people want out of college athletics, well of course it's not college athletics anymore, it's professional athletics," NCAA President Mark Emmert told CampusInsiders.com in 2014. "There may be people in higher education that want that, but I don't know of them."

And that's probably not going to change anytime soon.