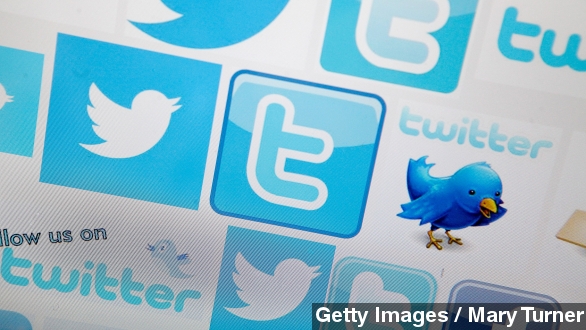 Predicting whether your favorite new show will make it past the first season might have just gotten easier, and Twitter has to be happy with this news. The nebulous world of TV pilots and what networks should throw their money at was already complicated enough.

But toss in a viewing public fully equipped with DVRs and an on-demand attitude...

"I've never met a situation where I don't have a choice in the matter," Tea Leoni's character Elizabeth McCord said on CBS's "Madam Secretary."

And the value of a show is so much harder to nail down now than simply promoting a show and waiting for the ratings to come back.

Enter the service that already touts itself as the go-to for ratings. Nielsen says it studied the promotions and the Twitter buzz of 42 shows leading up to their series premieres.

Now, part of this is fairly easy to predict. The shows with more promotional money thrown at them ahead of the series premiere — say ABC's "How to Get Away With Murder" — generally did better than those left to stand on their own merits.

But by tracking promotions and show-related tweets, Nielsen said it was able to accurately predict five of the fall's top 10 most-watched series premieres. That is incredibly valuable information for the networks and a relevancy benchmark social media giants have been fighting over.

"There is a war coming," Robin Taylor's character Penguin says in FOX's "Gotham." "A terrible war."

Perhaps a bit of an exaggeration, but Facebook and Twitter have been in an ongoing fight for some time now to prove their sites are the best to monitor during your favorite shows. They want the ad dollars just like Nielsen wants the contracts to tell networks how their shows are doing.

And Nielsen has released similar studies in the past suggesting Twitter activity at a certain level does drive up viewership, but even the company said at the time it couldn't say how or why. (Video via Nielsen)

Even with this latest study released Monday, Nielsen began its concluding paragraph with, "To be clear, the findings do not necessarily mean that Twitter TV activity causes larger audience sizes."

It's just what the company markets as a useful tool to guide networks toward decisions on which new shows to promote and how to do so. (Video via NBC / "State of Affairs")

This video includes images from Getty Images and Alex Watson / CC BY NC 2.0.