Nicki Minaj Needs A Mini-Minaj For Her New Series 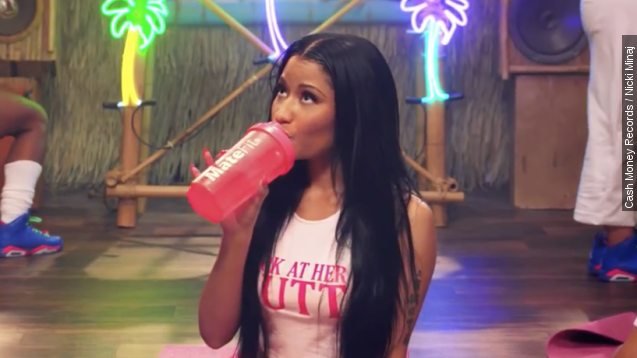 SMS
Nicki Minaj Needs A Mini-Minaj For Her New Series
By Cody LaGrow
By Cody LaGrow
September 29, 2015
Nicki Minaj is flipping the script and taking on a new role as an executive producer of a show based on her adolescence.
SHOW TRANSCRIPT

Judging by what she does now, she probably loved playing hide and seek, hated naps and always ate her fruits and vegetables. (Video via Cash Money Records / Nicki Minaj)

But if that's not the case, we'll learn soon enough. Ms. Minaj inked a deal with ABC Family and landed herself a show based on her life growing up as a child in Queens, New York. (Video via Cash Money Records / Nicki Minaj)

Which makes me guess the show will be called "YAAAASSSS KWEENZ!"

ABC Family is thrilled to have Minaj as an executive producer and to appear in the series. The company said, "Nicki is an international superstar, yet not everyone knows how inspiring and hilarious her true story is."

Her Minajesty is from an immigrant family and moved to New York from Trinidad and Tobago when she was 5.

Before she was an international rap superstar with bars harder than the boys, she studied acting at LaGuardia High School in Manhattan and landed roles in "The Other Woman," "Barbershop 3" and a stint on "Saturday Night Live" when she impersonated Kim Kardashian. (Video via 20th Century Fox / "The Other Woman")

And now, Minaj is on the quest for her mini-me — tweeting that she's launching a nationwide search to find #YoungNicki.