Nick Gordon Breaks Down In Tears During 'Dr. Phil' Interview 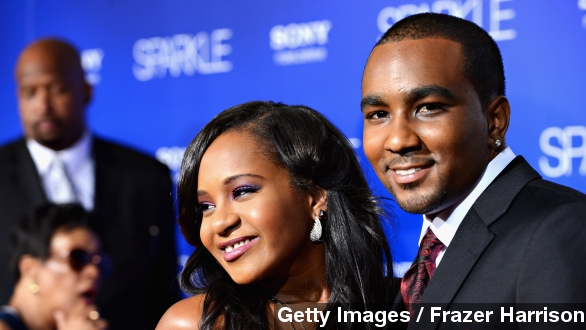 A dramatic moment for Nick Gordon, the boyfriend of Bobbi Kristina Brown when his upcoming interview with Dr. Phil turned into an intervention.

"I miss Krissy and Whitney so much. I want them back. I hate Bobby Brown," said Nick Gordon on Dr. Phil.

"You've been drinking a lot though, right?" said Dr. Phil.

That intense moment is just part of Gordon’s sit-down with Dr. Phil and his mother, Michelle. The episode reportedly revolves around getting Gordon into rehab.

A source told People Sunday Gordon has been "distraught" ever since Bobbi Kristina was hospitalized on Jan. 31 after being found unresponsive in a bathtub at her home.

Meanwhile, Bobbi Kristina's aunt, Leolah Brown, wrote a letter to Dr. Phil demanding he not give Gordon a public platform because she says there is "strong evidence of foul play" in Bobbi Kristina’s near drowning.(Video via The Insider)

The letter reads, in part, "Nick Gordon is under investigation for the attempted murder of my niece Bobbi Kristina Brown. … Until this investigation is completed by law enforcement, I would ask that you or anyone else not provide this individual a platform to spin this situation to his benefit."