This Canadian Wants You To Move North If Trump Is Elected 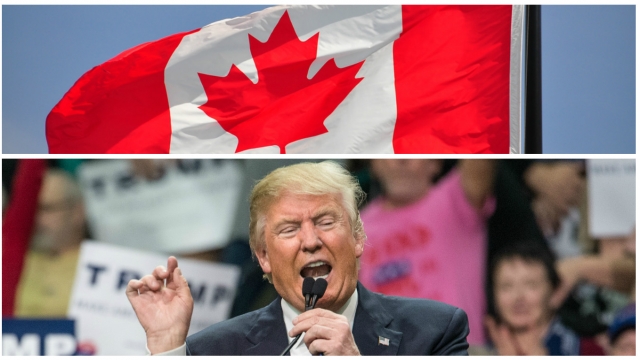 SMS
This Canadian Wants You To Move North If Trump Is Elected
By Cody LaGrow
By Cody LaGrow
February 18, 2016
Rob Calabrese suggests that Americans move to Nova Scotia should Donald Trump be elected president.
SHOW TRANSCRIPT

Oh, Canada — our nice neighbors to the north. So nice that one man is extending an invitation for Americans to move there if Donald Trump is elected president.

"It started as a joke, but I've been contacted by people in the United States who appear, in earnest, to be asking about moving here," Rob Calabrese said.

Rob Calabrese created a website promoting American migration to Cape Breton, Nova Scotia, as a direct response to this:

"Donald J. Trump is calling for a total and complete shutdown of Muslims entering the United States until our country's representatives can figure out what the hell is going on," Trump said in December.

While Trump is advocating that and a wall along the Mexican border, Canada made headlines when it pledged to accept significantly more Syrian refugees than its neighbor to the south.

So it's no shocker that the website promotes the island's diversity and an accepting way of life. And politics aside, it actually seems like a beautiful place to visit.

You should also know that February tends to be Cape Breton's coldest month, with an average low of 18 degrees Fahrenheit. Perhaps a Trump presidency could be warmer than critics thought.