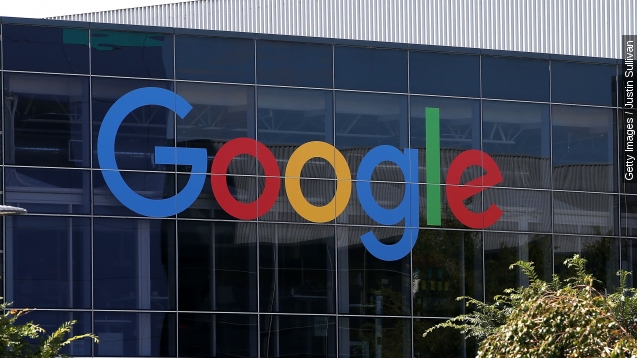 By Karen Rodriguez
September 16, 2015
Google posted one of its beloved Doodles in honor of Nicaragua's independence day. Unfortunately it was an image of another country's flag.
SHOW TRANSCRIPT

Google's Doodles are known for commemorating big events. So when Google makes a mistake, it doesn't go unnoticed. (Video via Google)

Its most recent blunder involved Nicaragua's Doodle celebrating the country's independence. Far away, that looks like the country's flag but it's actually the flag of El Salvador. Oops!

We should note, El Salvador and Nicaragua have very similar flags — there are only a few minor differences in their coat of arms. And it doesn't help the two countries celebrate Independence day on the same day.

But Nicaraguans weren't too happy about the mistake, saying Google should have made sure it was the right flag.

And it turns out this flag mix-up isn't Google's first.

In June, Google used Hungary's flag to celebrate Italy's Republic Day. And last year the company apologized on Twitter for using the Cameroon flag instead of Ghana's in a World Cup Doodle, saying, "We're not Ghana let it happen again." Spoke too soon.

And flags aren't the only things Google has gotten wrong. One Slate writer pointed out several astronomical mistakes in the Earth Day Doodle in 2013, writing "I do like this Doodle, but it’s like an itch I have to scratch: There are a few mistakes in it."

So why has Google made so many Doodle errors? The company says technical glitches are part of the problem.

That was Google's reason for accidentally uploading the wrong Doodle for the 70th anniversary of D-Day.

But sometimes mistakes also just happen — yes, even at Google. Jennifer Hom, a Doodle artist for Google, told Mashable, "[Google does] a lot of awesome things in terms of technology. But it's easy for users to forget that we’re real people, too. ... We're here to keep the fun in the company and make sure the users know that we’re alive." (Video via NBC)

This video includes images from C Records and Nightstallion, and music from Bensound / CC BY ND 3.0.