NHL Might Want To Be Wary Of Las Vegas Expansion Team 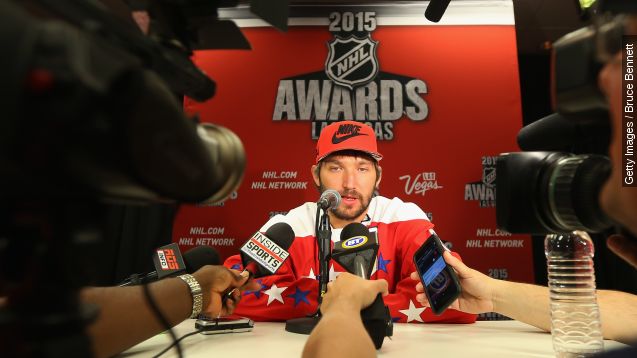 SMS
NHL Might Want To Be Wary Of Las Vegas Expansion Team
By Matt Moreno
By Matt Moreno
June 24, 2015
Many other professional sports leagues have been cautious about expanding to Las Vegas, but the NHL might move forward with it.
SHOW TRANSCRIPT

"How much of a home-field, home-ice advantage would a team here have?" a reporter asked.

"I guess it depends on how much restraint the other teams can have," Minnesota Wild goalie Devan Dubnyk said jokingly to KTNV.

The NHL is considering expanding into Las Vegas, a move that most pro sports leagues have been wary to do.

When asked by local media what they thought of the city, many current NHL players in Las Vegas for the NHL awards gave the city positive reviews. (Video via KLAS)

"I think that would be great — personally, really like this city," Nashville Predators goaltender Pekka Rinne said.

But, you know, what else are you supposed to say? Share your true feelings and it might be an awkward place to get traded to.

Currently, the city of around 600,000 people is one of the few large U.S. cities without a professional sports team. But the city's rich history of sports betting is one of the biggest deterrents for major sports leagues — especially the NFL. (Video via Visit Las Vegas)

"Evaluate each team, assign odds to them and then put a little hold percentage in there for the house," John Avello of Wynn Sports Book told CNBC.

Though that's not the only concern.

When listing reasons Vegas will never get an NFL team, a KXNT host highlighted the last NBA All-Star game in 2007 as an example.

"What followed was, to be frank, an unmitigated disaster: four hundred and three arrests, four separate shooting incidents. ... The NBA got a quick taste of what occurs when its players and fans take over a city known for sin," KXNT's Ken Boehlke writes.

While it may currently lack a major professional sports team, AAA baseball team the Las Vegas 51s, the Arena Football League's Las Vegas Outlaws and the University of Nevada, Las Vegas all call the city home.

While many agree Las Vegas has the population and fan interest for a hockey team, USA Today points out other southern NHL teams, like the Phoenix Coyotes and Florida Panthers, have struggled with attendance.

This video includes images from Getty Images and madmiked / CC BY SA 2.0.