NHL Jerseys Might Be Sporting Ads After Adidas Deal 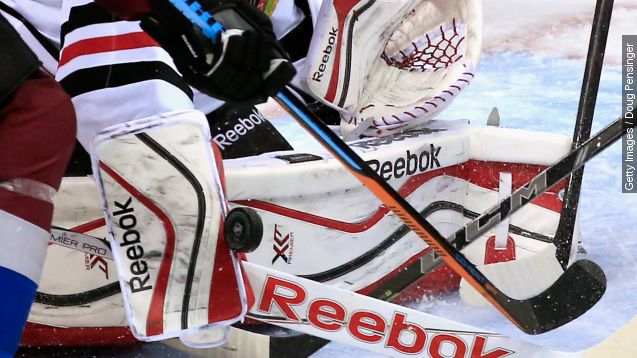 SMS
NHL Jerseys Might Be Sporting Ads After Adidas Deal

By Matt Moreno
August 18, 2015
New jersey designs for your favorite NHL teams could be on the way, but those jerseys might also feature advertisements.
SHOW TRANSCRIPT

Adidas' newly inked deal with the NHL to manufacture teams' jerseys could open the door to advertisements on jerseys — something many American sports leagues have been reluctant to do.

A league source told TSN, "If you're already deciding on a major NHL jersey overhaul, maybe with Adidas striping on the jerseys, then it seems like it would be a good time to introduce the ads if you plan to do it anyway." (Video via Adidas)

And this isn't just a whenever-we-get-around-to-it type of idea. The TSN report says "big" and "radical" changes could be coming to NHL jerseys.

The NHL has discussed this before with varying acceptance. NHL commissioner Gary Bettman said in January he wasn't too interested in putting ads on jerseys but later said that ads on jerseys for the World Cup of Hockey "might be a valuable opportunity." (Video via Sportsnet)

So, more or less, money talks, and for the right price, your team's jersey could be sold to the highest bidder.

NHL jerseys already have small logos on them, reserved for current jersey manufacturer Reebok, while other equipment, like gloves and sticks, usually feature larger logos from manufacturers.

But the NHL might not be the first major American sports league to cautiously dip into the jersey advertisements game. (Video via Beach Carolina Magazine)

On more than one occasion, NBA commissioner Adam Silver has said ads on jerseys are "inevitable." Silver noted that the league's been putting ads on Slam Dunk Contest jerseys since 2009, and it's gone virtually unnoticed — though it's a fine line to walk.

"Ladies and gentlemen, the Los Angeles Clippers! Boom," Clippers owner and CEO says in a Funny Or Die video.

"That looks like the Carl's Jr. logo," Blake Griffin responds.

According to TSN, Adidas will begin making jerseys for NHL teams starting with the 2017-2018 season.