NFL: We Never Wrote Donald Trump A Letter Over The Debate Schedule 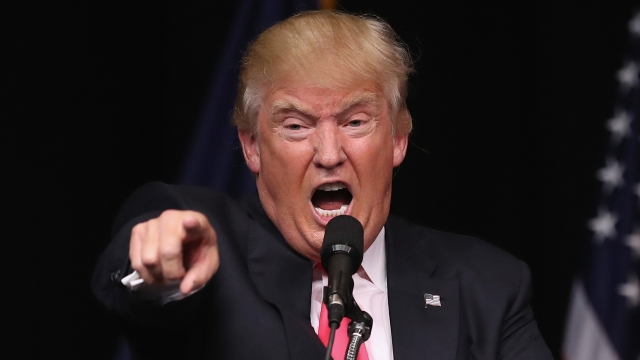 The presidential debate schedule has been released and there's at least one major problem: Two of the debates fall on the same nights as NFL prime-time games.

And with upwards of 22.5 million viewers tuning into Sunday Night Football last year, one of the two programs is likely going to lose out on viewers.

And Republican Donald Trump isn't happy about it.

But the NFL supposedly hasn't written Trump, begging him to change the schedule.

After Trump's comments on ABC, the NFL said in a short statement, "While we would obviously wish the Debate Commission could find another night, we did not send a letter to Mr. Trump."

The Sept. 26 debate would fall on the same night as the Atlanta Falcons-New Orleans Saints Monday Night Football game.

The Oct. 9 date falls on the New York Giants, a team from both Trump and Democrat Hillary Clinton's home state, taking on the Green Bay Packers on Sunday.

A Trump aide clarified the comments on Sunday, though, telling CNN: "Mr. Trump was made aware of the conflicting dates by a source close to the league. It's unfortunate that millions of voters will be disenfranchised by these chosen dates."

While Trump has accused Clinton of trying to bury the debates so not as many viewers tune in, the schedule is actually selected by a bipartisan group called Commission on Presidential Debates.

The commission decided the debate schedule roughly a year ago, and there are currently no plans to change the dates.