NFL's 'Blackout Rule' Is Gone, But Was It Already Obsolete? 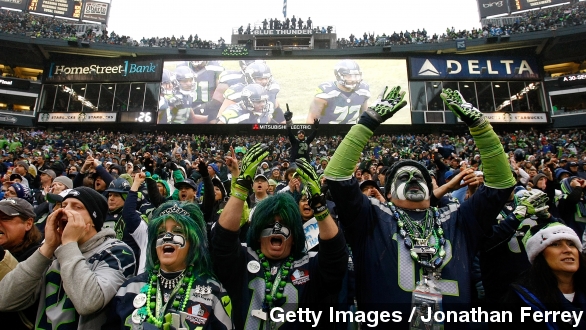 SMS
NFL's 'Blackout Rule' Is Gone, But Was It Already Obsolete?
By Erik Shute
By Erik Shute
September 30, 2014
After nearly 40 years in place, the NFL's "blackout rule" for broadcasting football games was knocked down by the Federal Communications Commission.
SHOW TRANSCRIPT

The Federal Communications Commission is throwing a flag on the NFL's 39-year-old "blackout rule," which says if a team can't sell out a home game, fans watching on local TV can't view it.

Tuesday the commission voted unanimously 5 to 0 to throw out the policy despite pushback from the NFL, which says the rule was put in place to protect teams and fans attending the game. ESPN's Colin Cowherd explains both sides of the decision.

"That would be a win for the fans because you'd get your games. It would not be a win for the league because they like blacking out local games like in Tampa or Jacksonville to force fans to have to go to the game."

Advocates for erasing the blackout rule also say the league's cash cow has changed from tickets to TV.

In USA Today, FCC Chairman Tom Wheeler explained back in the 1970s, teams relied heavily on stadium ticket sales as their source of profit, so the blackout rule protected their interests. With the expansion of TV, licensing and broadcasting rights bring in the majority of a team's profit today.

The Los Angeles Times also points out blackouts have also been limited in recent years. In 1975, 60 percent of games were blacked out, according to the FCC. But last season, the league blacked out only two of its 256 games.

Speaking to Bloomberg, a business professor agrees the idea is outdated and will fizzle out of memory.

"The NFL, a $9 billion business which has a lot of power in Washington, but this is archaic legislation. No one's going to remember it. This should go away. It will. It's going to die a peaceful death, and good riddance."

However, the blackout ban is not without a loophole. According to a statement by the FCC, the rule still exists in the books, and the league can enforce the blackouts by lobbying broadcasters not to air local games.

Football fans are now bracing for the NFL's recoil. According to The New York Times and other outlets, losing blackouts means the league might lose profits from local broadcast rights and turn to pay TV or cable for more lucrative deals. This means fans without cable or satellite would still be unable to watch.

But the NFL has faith in broadcast TV for now. It reassured fans in a statement Tuesday, saying: "The NFL is the only sports league that televises every one of its games on free, over-the-air television. The FCC's decision will not change that commitment for the foreseeable future."

However, the NFL will continue to watch its back. After tearing down its blackout wall, lawmakers on Capitol Hill are targeting the NFL's tax-exempt status and antitrust exemption next.

The movement is led by a few senators including Republican Sen. John McCain, according to CNN. It aims to drive wedges between the league's teams, splitting its all-in-one TV deals and allowing each team to write its own broadcast contracts.