NFL Finally Adjusts The Most Boring Moment In A Game 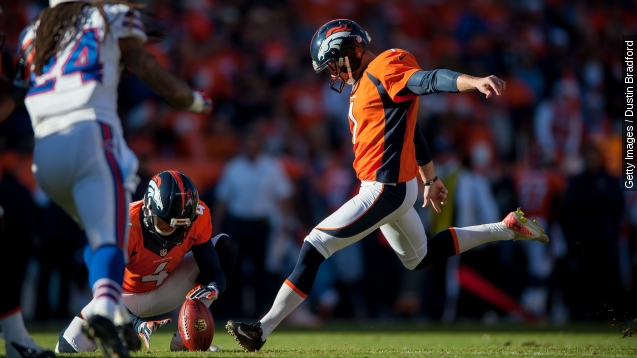 SMS
NFL Finally Adjusts The Most Boring Moment In A Game

By Jay Strubberg
May 19, 2015
NFL owners met Tuesday and approved a measure to move the extra point from the 2-yard line to the 15-yard line starting next season.
SHOW TRANSCRIPT

It's official. The NFL has made a change to its extra point system.

NFL owners met Tuesday and approved a measure to move the extra point from the 2-yard line to the 15-yard line starting next season. That means the point after touchdown — or PAT — will now be about a 32-or-33-yard kick. (Video via YouTube / Coach Zauner)

Additionally, moving forward, defenses will get two points for turnovers on failed two-point conversions returned to the opposing endzone. The same goes for blocked PAT kicks. Previously, the ball was ruled dead on turnovers and blocks in those situations.

NFL owners have been discussing this adjustment to PATs for the awhile, as extra point kicks are pretty much automatic, thus, less competitive.

By pushing back the kicks, the rule change could also influence teams to opt for the two point conversion instead.

Speaking of which, no changes were made to the two-point try. Those attempts will still be snapped from the two-yard line.

Thirty of the 32 teams ruled in favor of the extra point rule change; Oakland and Washington voted against it.