Newt Gingrich Might Be Donald Trump's Top Pick For VP 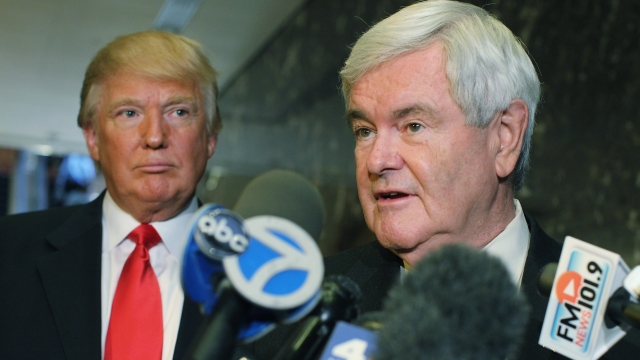 Gingrich told Fox News over the weekend that "nobody has called" from the Trump campaign to talk about a vice presidential nomination.

Trump is reportedly looking for a mainstream politician with a history in Washington. It also doesn't hurt that Gingrich already has a history battling the Clintons. He's seen as playing a key role in the push to impeach former President Bill Clinton.

This video includes clips from Fox News, CBS and ABC, images from Getty Images and music from Kevin MacLeod / CC BY 3.0.