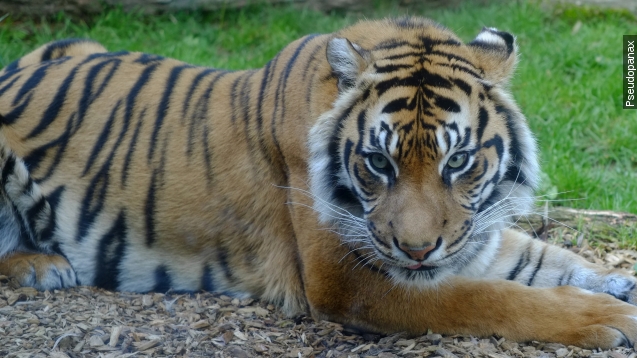 SMS
New Zealand Zookeeper Killed By Sumatran Tiger
By Ryan Biek
By Ryan Biek
September 20, 2015
A veteran New Zealand zookeeper was fatally attacked by a tiger on Sunday. The fate of the tiger is unclear.
SHOW TRANSCRIPT

A 43-year-old New Zealand zookeeper was attacked and killed by a tiger on Sunday.

New Zealand police say the victim was Samantha Kudeweh, a curator at the Hamilton Zoo who had been in the business for over 20 years. (Video via Hamilton Zoo)

Officials are still investigating what led to the attack, and a city councilman said no animals broke out of containment that day. (Video via TVNZ)

One visitor told the New Zealand Herald that shortly before the attack, he saw a female keeper open a gate to an outside access area for the tigers to go through but said he didn't see the attack happen.

TVNZ reports the tiger that killed Kudeweh is an 11-year-old Sumatran tiger named Oz. He is currently being isolated, but the zoo has not said what will happen to him. (Video via Hamilton Zoo)

Kudeweh is the third New Zealand zookeeper to be killed by an animal in the past six years. Hamilton Zoo will remain closed until Thursday.

This video includes an image from Pseudopanax.