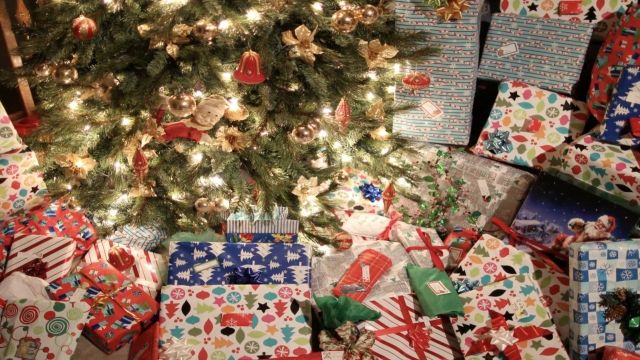 Now that Thanksgiving is over, people are starting to get into the Christmas spirit.

And by "people," we mean the entire country of New Zealand.

Residents of the island have been participating in a nationwide Secret Santa gift exchange every year since 2010.

SEE MORE: Dreaming Of A White Christmas? These US Cities Expect It

The whole thing is run by the New Zealand Post.

Residents had until Nov. 24 to register. Then they were matched with another person on Twitter to give a gift to.

But since New Zealanders can't be expected to know all of the almost 2,000 people participating, some light Twitter feed stalking is encouraged — and necessary.

To help out, participants are encouraged to tweet out their likes and dislikes with the #nzsecretsanta.

But a scroll through Twitter shows some people need to start being a lot more specific because their Secret Santas have no idea what to get them.

Participants have until Dec. 4 to send their gifts to the New Zealand Post. Then post office employees organize the gifts and send them to their recipients.

The New Zealand Post has devised a pretty sneaky form of payback if people don't send their gifts in on time.

Instead of receiving a Secret Santa present, their gift will be forwarded on to a charity.

This year, the New Zealand Post has selected CanTeen New Zealand as the charity of choice. It's an organization that supports young people living with cancer.

Even so, this nationwide gift giving sounds like just the thing that other countries should try out. Yes, U.S. Postal Service, that was a hint to you.